Although there were some important runoff races, the turnout last week (Dec 5 runoff for candidates who didn’t win outright in the first vote; still the first of three rounds of parliamentary elections) was pathetic. Election workers and volunteers of various kinds far outnumbered voters. All the newspapers led with photos of empty polling stations. Here are mine. 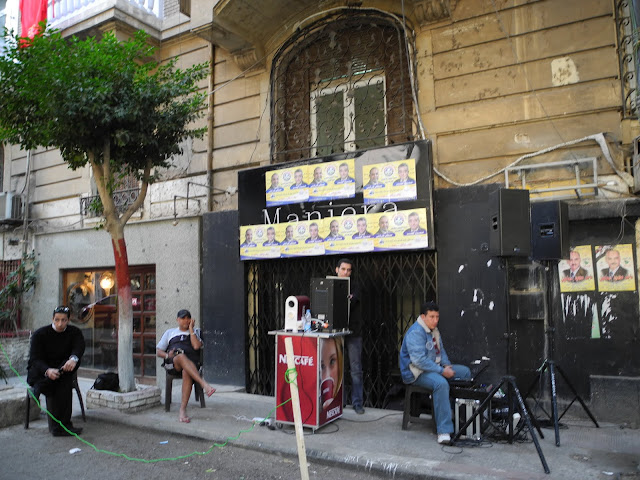 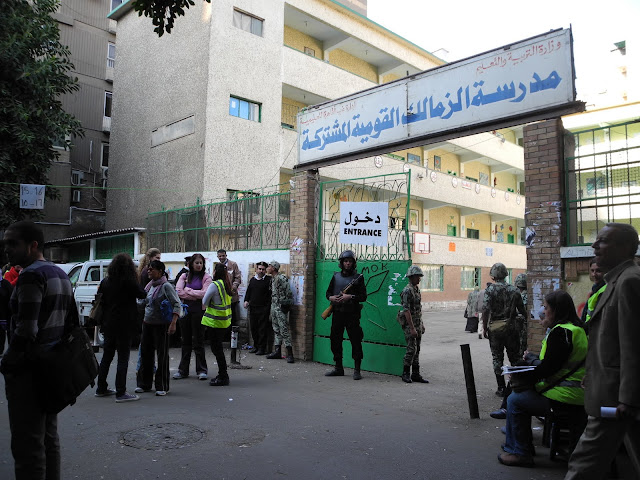 The soldiers didn't have much to do. The women in vests are self-organized "Election guardians." Didn't see them in the first vote. 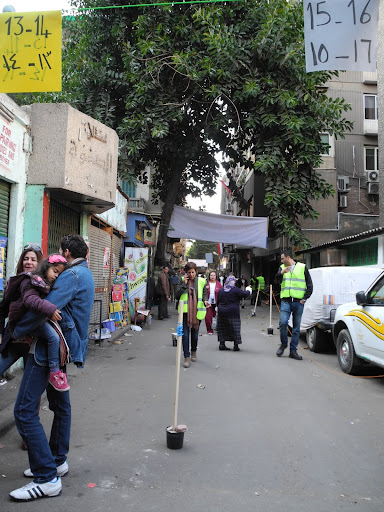 Why the sleepy turnout? 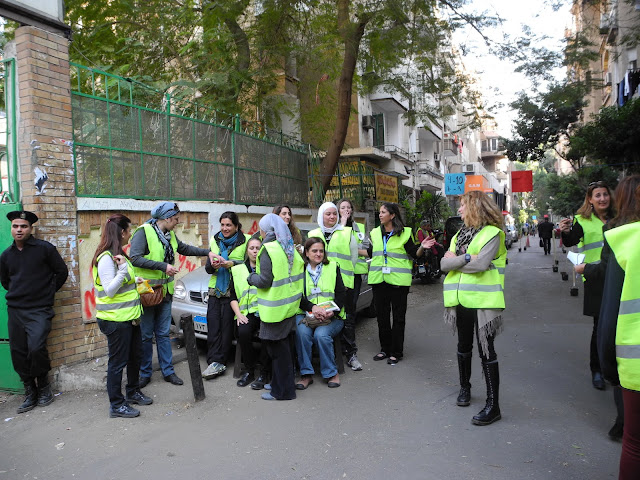 Bored election volunteers organize themselves for a group photo. 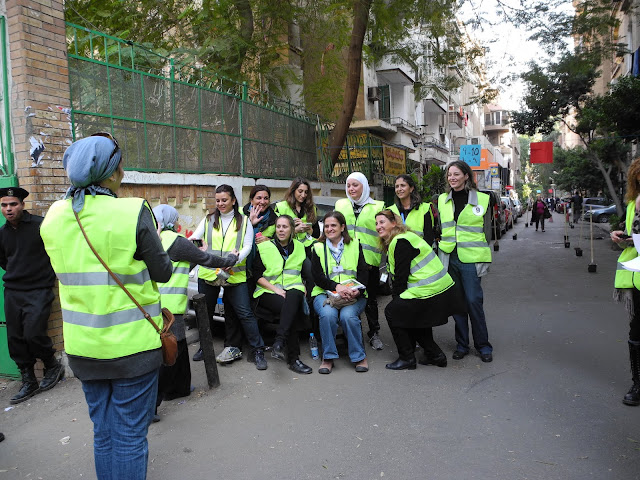 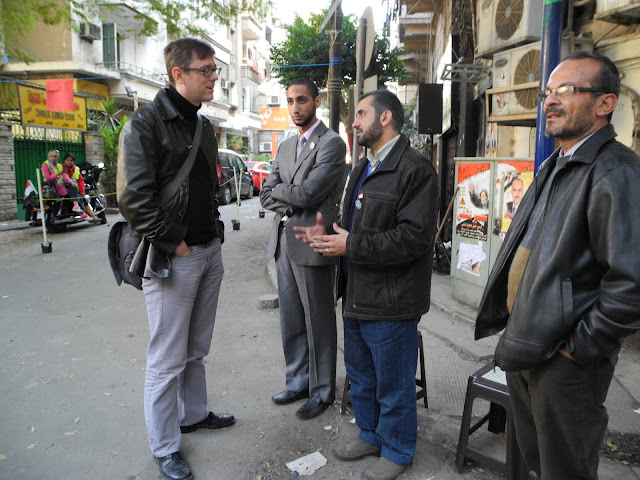 Unsurprisingly, the FJP carried most of the runoff races. They are so professional. Their ubiquitous bright blue and yellow posters have become like wallpaper: you don’t even notice them anymore. Some people have told me they’re voting MB because they perceive them as competent. One taxi driver, in earnest: “Look at their campaign. They have so much money. Of course they’ll use it to fix the country.”
Those THREE FJP canvassers chatting with my husband (they were delighted to hear he was a religion professor) are not local. (Him: So, are you all here representing different parties? Them: Nope, one party.) When we told them there was a Brotherhood office on our street, they said, “Oh, that’s our office! We live in Dokki/Mohandiseen. Not around here. We are doing this election work in the daytime, but then we do outreach work through the neighborhood FJP office in the evenings.” (Dokki votes in Giza’s election round, not till Dec 14.)
For what it’s worth, “religious parties” are officially banned (e.g., the Salafi Nour party is a “party with a religious point of reference”). Anyway, since the FJP proclaims on its propaganda that it’s “the party created by the Muslim Brotherhood for all Egyptians,” theoretically there ought to be a separation between the religious organization and the political party. I don’t think it’s proper for the FJP to campaign out of the MB’s headquarters.
A sharp analysis of the first-round election outcome by Samuel Tadros here. But I don’t see how he says the parliament will be “solely composed of Muslim males.” Mostly, overwhelmingly, yes.
Advertisement