Some high-cultural aspirations to enliven your rainy Wednesday.
These “poems” are from the slim 1925 diwan published shortly before his death by Tanyus ‘Abdu (طانيوس عبده), with a brief but glowing preface from none other than Khalil Mutran.  These are not really very poetic — not even soliloquies so much as arias meant to be sung by Shaykh Salama Higazi (who later recorded some of them for Odeon Records).
Hamlet’s “monologue of the skull” (bottom right):

Another version of “Monologue of the Skull” as well as two poems for Ophelia, “Wada`a Husna'” (Farewell, Beauty), and “Bayn Narayn” (Between Two Fires, which stands in for the clumsy “Doubt that the stars are fire” poem Hamlet includes in his letter to Ophelia): 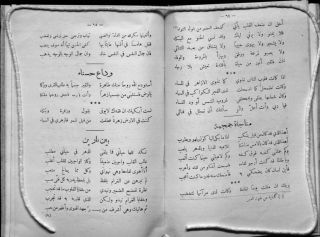 Finally, most famously, “Hamlet and his Mother,” an aria about which Muhammad `Awad Muhammad reminisces in his introduction to his own Hamlet translation as late as 1972.

Here is the man himself: 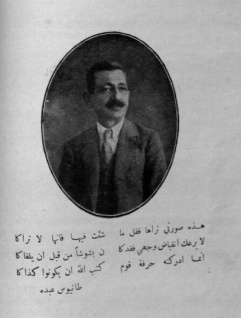