A couple of samples from online articles that quote Hamlet to underscore the urgency of events in Egypt. 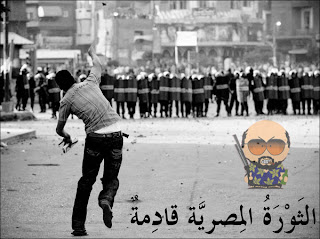 From an alarmist FoxNews (of course) interview with Egyptian tycoon Naguib Sawiris, who actually supported the Tahrir protesters and even bought them tents and blankets:

When the protests began, Sawiris, a Christian billionaire who owns everything from hotels and construction companies to cell phone and investment interests, was out of the country. He chose to return, unlike other businessmen who have already fled.
“I came back because this was not a revolution of the Muslim Brotherhood.
This was the young people of Egypt doing what we failed to do … There is not a single other businessman who has supported it because it’s very dangerous for their interests; but the country is in a position to be or not to be,” he said.

Toward the end of a long, passionate article  by Mariam Saad in something called The Peninsula:

Generations grew up within the armed forces and were trained to obey the government and surrender to its resolutions. However, if the situation deteriorates and becomes desperate, the challenge poses itself to the individual; to be or not to be? How will the situation resolve itself?

You can easily find many more of these in English and especially in Arabic.

To some ears, even the protesters’ chants had a Shakespearean ring to them! Al-Hayat column by Abdel Ghani Talis, in Arabic, here.